As vice president of marketing at Duolingo, the world's leading language-learning app, Gina Gotthilf '04 led the company's growth from 3 million to 300 million users. Gina currently lives in New York City where she owns a consulting company that helps develop up-and-coming tech startups with a social mission. This month, she talks to the Graded Gazette about her years as an ambitious Graded student, her love of languages, and presenting to Barack Obama at the White House.

Why did your family choose to send you to Graded?
They thought it was the best school around and that having the best education and the ability to speak English would be hugely impactful on my life. There's just no way you can speak English this fluently by taking English classes while attending a Brazilian school. That skill alone has enabled my entire career and life abroad, but it would also have ensured great opportunities had I stayed in Brazil.

What unique opportunities did Graded provide?
In a Brazilian school, I wouldn't have had classmates from different regions, like Israel, Latin America, and the United States. That exposure to different cultures really gave me "jogo de cintura" as we say in Portuguese, or the ability to navigate situations around the world and easily connect with people from diverse backgrounds. I also had access to art and theater, which other local schools seemed to have less of. I loved acting and directing plays while studying scripts in IB theater.

What were some of your extracurricular activities at Graded?
I was in many school plays and I played JV and varsity basketball. I was also involved in FALA (Friendship and Language Acquisition), a program run by Graded students with the goal of teaching English to low-income members of the community. It was very rewarding to help others who would never have had the opportunities that I did. That's kind of what led me to Duolingo: teaching English can really change people's lives, and I wanted to do that at scale.

Which of your Graded teachers made learning fun or had the most influence on you?
I still keep in touch with my 2nd grade teacher, Ms. Burnquist! I also fondly remember my middle school theater teacher, Mr. Mennick. In high school, I loved reading Waiting for Godot with Professor Santana in IB Portuguese, a deeply existentialist play that resonated with me as I went through a tough time in my life. I also really enjoyed Theory of Knowledge (TOK) and ended up studying philosophy in college.

Why did you decide to go to Reed? Why did you drop out?
Reed College, in Portland, Oregon, is all about the power of learning for the sake of being well-educated as the backbone to the rest of your life, rather than preparing for a specific career. I also thought of myself as rebellious and everything about that school spoke to me, so I was thrilled to receive a scholarship. I was also attracted to the prospect of living in a completely different, faraway place.

However, it turns out I wasn't that eccentric, the school wasn't a good fit, and I actually fell into a very deep depression.

I dropped out, moved back to São Paulo, and spent some time trying to figure out what to do next. I found some programs I liked at the University of Toronto and Brandeis. My dad really wanted me to go to Brandeis, and since I'd messed up on my first choice and he was financing my education, I decided to take his advice.

Were you happy at Brandeis?
Yeah, I was happy, but it wasn't "the best time of my life" as the movies portray. Thankfully, things have only gotten better since then.

After a rather circuitous career path, you wound up at Duolingo and helped launch the app in more than 12 countries. How did your background as a communicator and writer contribute to your success there?
The first half of my time there was focused on getting Duolingo discovered, but there was no budget. I went around the world launching Duolingo's PR, forging partnerships, getting speaking opportunities, localizing the app experience, and building brand awareness. Communication skills, not philosophical knowledge, is what allowed me to do that!

Also, I managed a cross-functional team of engineers, designers, and product managers. Getting people with very different personalities and communication styles to talk to each other effectively was pivotal to our success.

What languages do you speak and how does language help you connect with others?
At Graded, I studied French with "Madame." I also speak Portuguese and English, of course, as well as Spanish and Mandarin(ish).

During business trips abroad for Duolingo, I always learned key phrases in advance, which helped me develop friendships and business trust wherever I went. That helped open lots of doors for me. I also had to develop partnerships with ministries of education in Latin American countries, and even gave a live CNN Español interview, so I'm thankful for those language skills. 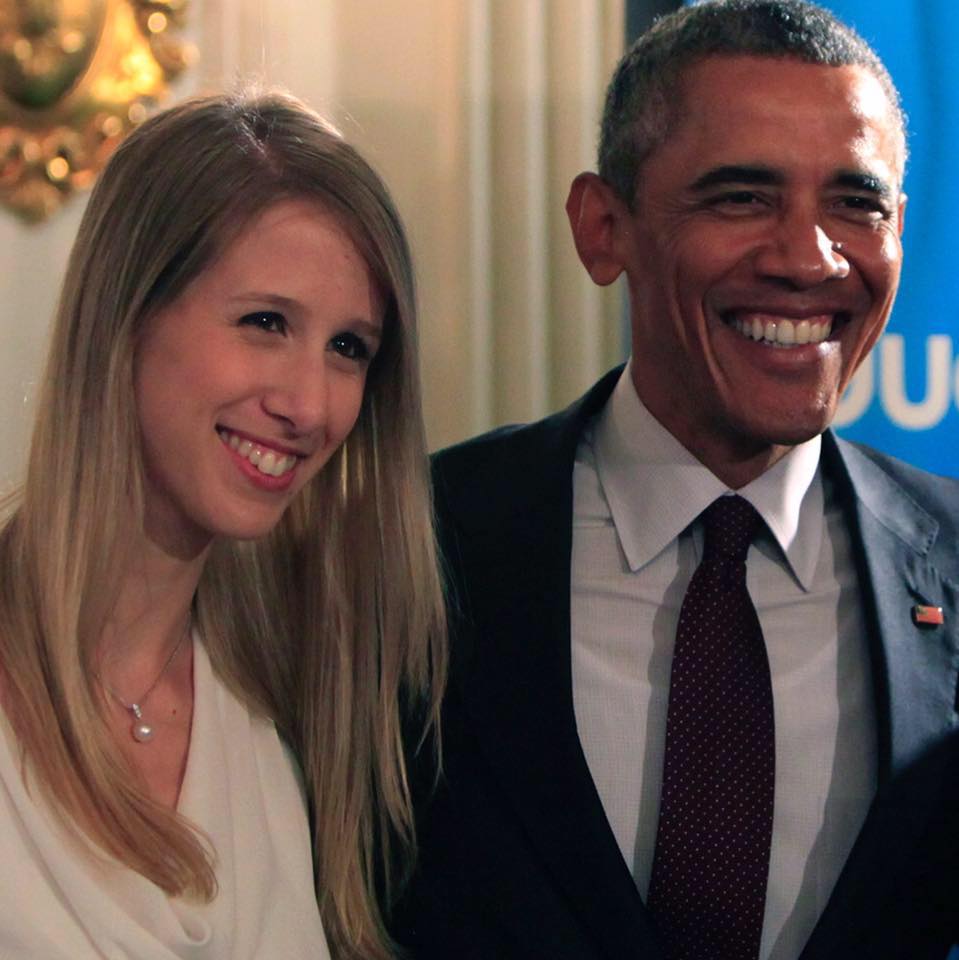 Duolingo was one of about 30 small startups invited and among five startups selected to present privately to him. He talked about how he struggled learning Spanish. Those five minutes of conversation were literally unbelievable, and my main thought was "act normal."

I remember thinking that day, "I've peaked, it's time to retire. Nothing will beat this." But alas, meeting a president does not pay the bills so retirement is still in my future.

How do you support young women in the workplace?
I'm a mentor for a couple different programs and prioritize women who reach out for advice, since there are a lot more male mentors out there. I've also made sure that women around me get promoted or get raises whenever I've had the chance, but I always think there's more I could do. My hope is to be able to lead by example: take risks, ask or you don't get, don't wait to be noticed, fake it till you make it.

Knowing what you know now, what advice would you give to Graded students?
Many high school students are probably feeling quite anxious about their future careers. I'd tell them that I would have never been able to plan the career I've had – I only focused on each next step, and that's worked out well so far. I'd also tell them to be practical: try to focus on what you're naturally good at and love, but also think about what skills are currently (and will likely continue to be) in high demand. When I was in high school, I felt like I had to know what I wanted "to be" for the rest of my life. Facebook didn't even exist yet and my first job out of college was as a social media manager for luxury brands, which shows that you really can't plan for everything.