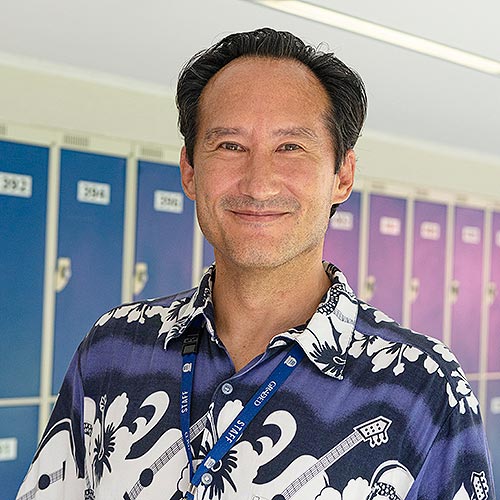 1. Before receiving your Master of Education at Colorado State University, you earned a Bachelor of Science in mathematics from the United States Naval Academy in Annapolis, Maryland. How did you end up at the Naval Academy?
My father had a career in the US Air Force. He inspired me to become a pilot, andÂ as an alternate path into the Armed Forces, I applied to the US service academies and civilian universities with ROTC programs. Ultimately, I received an appointment from the US Naval Academy and an Air Force ROTC scholarship to the University of Colorado at Boulder. I had no genuine desire to attend the Naval Academy, which I had only applied to at my father's recommendation of maximizing my opportunities and applying to all academies. Thus, I set my sights on Boulder, Colorado. Later, I received a phone call from a Navy officer to congratulate me on my appointment to the Naval Academy, and he asked me if I would accept. I told him that I had no interest in being a sailor; I wanted to fly - and that I would do that at Boulder. The Navy officer turned out to be a pilot from the US Navy Blue Angels, one of the most highly regarded pilot programs in the world. We spoke for another 30 minutes about his experiences. Once we hung up, I told my father that I was going to the Naval Academy instead. It would be one of the best decisions of my life.
Â

2. What is one thing you learned while at the United States Naval Academy that you bring with you to every class you teach? And is there anything that you learned that has proved to be utterly useless to you as a teacher?
A hallmark of any military training experience is having recruits do tons of pointless, stressful, demanding activities and pushing them to physical and mental overload. For example, I had to recite - no, shout - long lists under the pretense that this exercise would improve my short-term memory in high-pressure situations. At the Academy, we learned many things through simple brute force. Through my military experiences and my experience as a teacher, I hope to inspire longer-lasting learning using more effective practices. 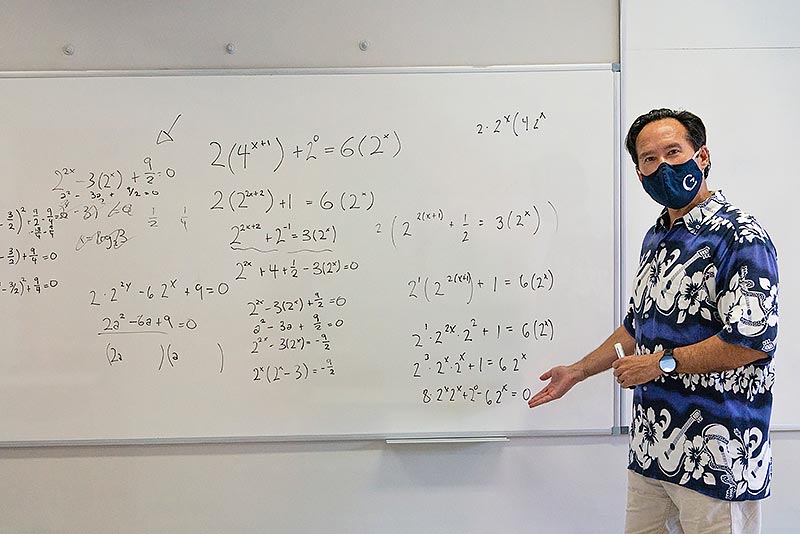 3. What was summer typically like when you were a child?
When I was younger, summers were a lot like what is portrayed in the showÂ Stranger Things: riding bicycles everywhere; playing games in my friend's basement; and just exploring with the neighborhood kids. I always worked during the summer. My first jobs included mowing lawns and delivering newspapers. Once I got my driver's license and could drive places, I worked at restaurants and landscaping companies. An essential part of every summer, though, was participating in sporting activities of all kinds. My friends and I were constantly training and competing.Â
Â

4. You've taught in Istanbul, South Korea, Costa Rica, Mexico, and Colorado. How does Brazil compare?
My international teaching experiences have been quite different than my public school teaching days in Colorado. There are many similarities between the international schools I have taught at, but each has its own "vibe." Here in Brazil, for example, I teach a nice mix of students who are dedicated to their studies and know how to enjoy life. While the school is large and offers a wide variety of programs, it is also small enough, allowing everyone to know one another.
Â

5. What are your three favorite TV shows? How often do you watch them?
Before last year, I hadn't owned a TV for more than 20 years. As a result, I've missed a lot of popular shows. We inherited a television last year, and I have been able to catch up a bit. My favorite shows so far areÂ Stranger Things,Â Game of Thrones, and more recently,Â Cobra KaiÂ (though I'm Miyagi-Do all the way.)Â
Â

6. What fears are you trying to overcome?
I don't want to seem disingenuous, but I am not currently working to overcome any fears. I have quite a number of goals I want to reach, but I believe they are motivated by desire, not fear.Â
Â

7. Do you have a favorite spot where you like to hang out in SÃ£o Paulo?
In my short time here, I've enjoyed hanging out in Liberdade and walking along Avenida Paulista on Sundays (before COVID). I'm looking forward to discovering more placesÂ in the city.
Â

8. Do you have a favorite saying? What is it?
There are a lot of quotes that I like. "Without the bitter, the sweet ain't as sweet" is something I think about regularly.Â
Â

9. What's your favorite thing about Graded?
The people! ClichÃ© but undeniably true. I'll also throw in that I love how deeply the many generations of Graded alumni cherish the school. I admire the history and their fidelity to this institution.Â
Â

10. What is something people might not know about you?Â
My brother's kidneys shut down when he was 20. After much uncertainty, we discovered that he suffers from a rare disease called Alport Syndrome. At the time, transplant technology, medication, and know-how were still in their early stages. No one in my family matched my brother's tissue type, so he had to wait on the kidney donor list for over a year. He finally received a transplant in 1993. Kidneys transplanted from cadavers generally only last around 10-15 years; my brother's lasted 25! There had been considerable scientific advances by then, including new medications and advanced donor technologies, which allowed me to donate my kidney to him in 2008. I can live a completely normal life with only one kidney and don't have any physical or dietary restrictions. I highly recommend that others consider joining an organ donor program to potentially save a person's life.