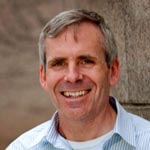 Bill Ryan has changed the way nonprofit leaders approach governance. In 2005, Bill and his co-authors challenged conventional wisdom with their seminal book Governance as Leadership: Reframing the Work of Nonprofit Boards (Wiley and Sons, 2005). Since then, Bill has consulted with dozens of nonprofits, helping make lasting improvements in their governance. Bill also spent 10 years as principal and research fellow at the Hauser Center for Nonprofit Organizations at Harvard University, where he now teaches in executive education programs. Currently, He has a BA from Columbia University and a Master in Public Administration from the Harvard Kennedy School. 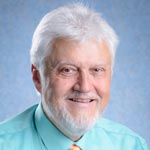 Chip has been an international school educator for 45 years in seven different countries, including 22 years as a head. His passion for best practice in governance began in 1984 when he was asked to facilitate a board retreat at ISKL. Since that time he has worked with numerous boards and facilitated workshops on board governance. Most recently in cooperation with the boards of UNIS Hanoi and AIS Johannesburg, he has launched Governance as Leadership Training Institutes, (GALTI) which are now annual events at those schools, attracting well over 500 board members from Africa, Asia, and the Middle East in the last six years.