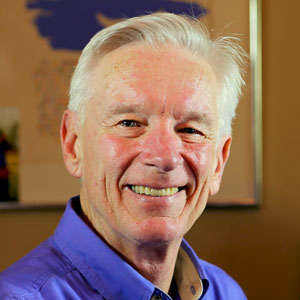 John Reynolds '66, founder and executive director of Veterans2Work, was a 2012 recipient of former President Barack Obama's Champion of Change Award for his work helping U.S. military veterans discover and launch civilian careers. After serving as a combat infantryman in the Vietnam War, John went on to obtain an MBA from Stanford University's Graduate School of Business, founded a management and technology consulting firm, and taught business ethics at the University of California, Davis. In this edition of the Graded Gazette, John talks about how his formative years at Graded provided him with exposure to a rich diversity of people and experiences, which expanded his world view.

What years did you attend Graded?
I entered Graded in 1962 and stayed for all four years of high school, graduating in 1966. My dad was in the foreign service, and we had already lived in several Latin American countries. It was a big adventure for us kids during a real watershed period of our lives.

You were at Graded during an eventful period in history, both in Brazil and around the world. Are there any particular incidents you remember?
In 1963, JFK was assassinated. I remember I was practicing guitar with a friend of mine in his bedroom when his mother came to tell us. At the American consulate, where my dad worked, Brazilians were wrapped around the block, waiting to express their condolences.

There was also the local military coup in 1964. We had also been through a coup in Argentina and a couple in Bolivia, so it could be argued that it seemed pretty routine for us kids in South America. I think that kind of has to affect you in certain ways.

Do you have a memorable teacher or class at Graded?
I had a math teacher, Mr. Demucci, who always encouraged me. Once I wrote a paper about math and music, and he was impressed by that. He said, "Wow, this is something you can run with." To this day, music is a huge part of my life, and Mr. Demucci had a big influence on that.

Were you involved in any clubs or athletics activities?
I participated in athletics because it was easy to do so at Graded. There were a lot of opportunities to play sports. I learned how to be a team player through all the different activities I was involved with at Graded. I was most serious about playing tennis. Fernando Gentil was our number one player; he was nationally ranked and number one by a mile. I remember playing with him and thinking what a thrill it was to be on the same team. 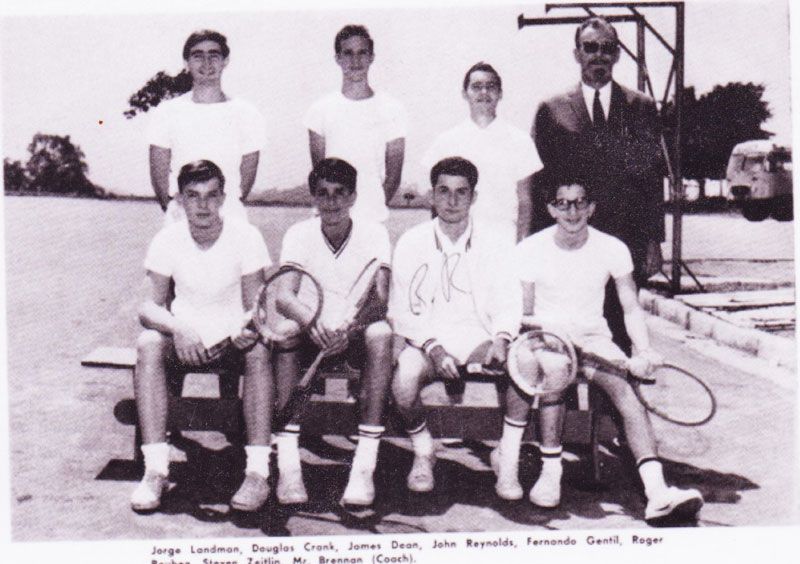 What did you do in your free time outside of school?
I was a free-range kid and took full advantage of all the opportunities to explore. In terms of culture, my best friend was Brazilian, so I had a connection to the Brazilian culture and community. There is a real stark contrast between Brazil and the US. To encapsulate that, Brazilians are fond of saying Brazilians work to live and Americans live to work, and that is true. Brazilians have a more relaxed mentality, and that is good for a kid, rather than the strict work ethos so common in the US. I would say I am now benefiting from growing up in this kind of culture.

How did your time at Graded shape the way you view the world?
At Graded, I had access to many different ways of thinking, points-of-view, and cultures. I had friends who were American, Israeli, Brazilian – from all over the world! I am most grateful for that exposure. When I served in the army in Vietnam, I realized I had a much broader perspective than my fellow soldiers. Graded expanded my world view.

What did you do after graduating from high school?
I wasn't sure what I wanted to do, but I was drafted into the service right after arriving in the US. Eventually, I pursued a career in business. Graded offered me exposure to a rich diversity of people and experiences, which allowed me to spread my wings and figure out what I enjoyed.

After returning from military service as a combat infantryman in the Vietnam War, you began your studies at Ohio State University. How does that story unfold?
This story has a real connection to Graded. I had a friend, Carol Young, a classmate of mine from Graded, originally from Columbus, whom I had visited before joining the service. I really liked Columbus, and when I finished serving in the army, I decided I wanted to go to Ohio State. To be completely honest, when I came back to the United States, I felt like I didn't belong. Although I was from the US and my dad was an American diplomat, I had never lived there. It was hard. However, being at Graded provided me with the skills to overcome these challenges later on.

After majoring in international relations at Ohio State, you pursued an MBA at Stanford University's Graduate School of Business. You also have worked both as an entrepreneur and a business executive. What is one thing you have learned from your many years of experience in business?
I always liked that business – more precisely, entrepreneurship – encourages imagination, demands discipline and resourcefulness, and rewards pragmatic solutions.  The process of taking one's idea to market is exciting and can be a source of lasting satisfaction and financial reward. But the business world can be harsh and unfair. My business experience has served me very well in my nonprofit work.

In 2008, you founded Veterans2Work, a nonprofit organization that provides veterans with the means to qualify for and launch their civilian careers. What inspired you to begin this work?
I stayed in the business world for a long time, and when I was done with that, the accidental stuff that happened in my life – such as getting drafted into the military, living overseas, and studying at Stanford's Graduate School of Business – inspired my interest in helping veterans. I developed good business relationships and had this affinity for the military, and had been through the experience of transitioning to civilian life and career. I knew firsthand what those challenges were, so I just decided, 'I am going to help people like me, who are coming out of the service today and don't know how to find a job that suits their level of competence or ability.' That is how Veterans2Work was born, and that is what I have been doing for the past 12 years.

Your work helping veterans led you to the White House in 2012. Can you tell us more about this experience?
In 2012, I received President Barack Obama's Champion of Change Award for the work we had done with Veterans2Work. It was a nice surprise to be invited to the White House and get that kind of recognition. Actually, it was pretty thrilling! My daughter watched as I gave an interview. Knowing that the work my colleagues and I do is appreciated is a big motivator, of course, but I am just fulfilled and grateful that I can do it.

Do you have any favorite hobbies or interests?
Carried over from Graded days: tennis and playing the guitar (our Graded band was called "The Gents"). Other more recent interests include hiking, history, and philosophy.


Reynolds with his wife Jan and daughter Annie at Annie's college graduation, 2019